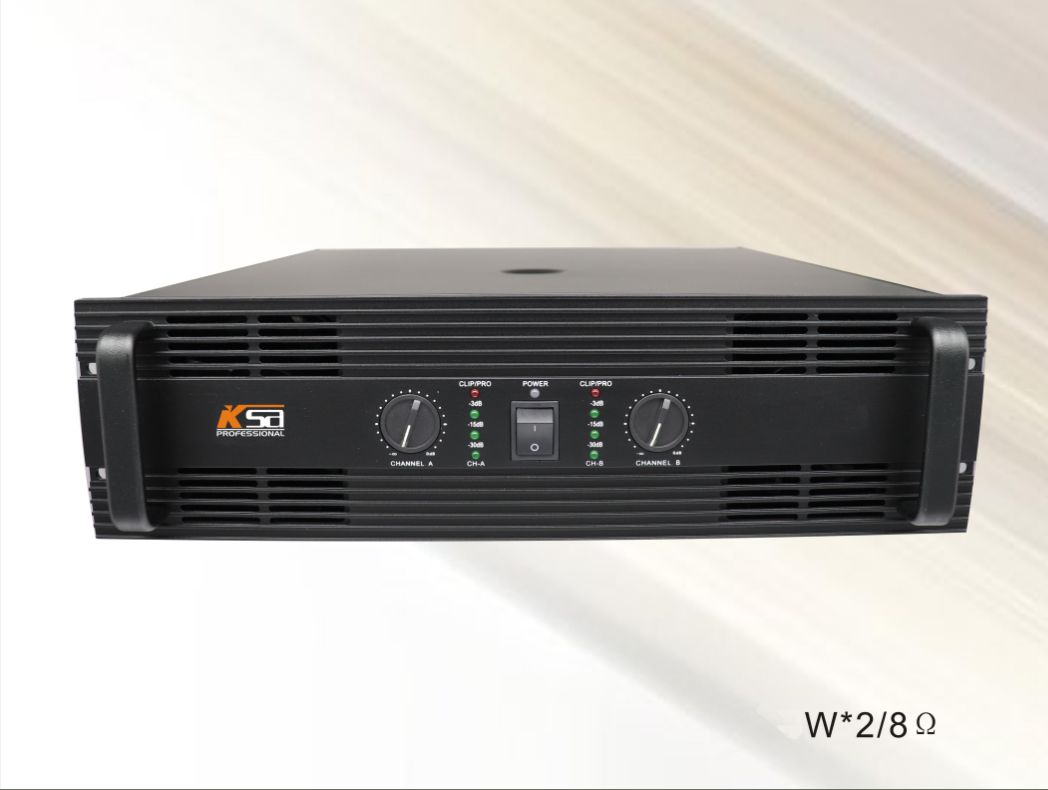 As we all know, the human hearing system is extremely complex, and sometimes power amplifiers with small harmonic distortion are not as good as those with high harmonic distortion. The reasons for this phenomenon are various. Among them, it is directly related to the degree of influence of each harmonic component on the sound quality. Although the steady state test data of the stone machine and the amplifier are the same, people always feel that the bass of the amplifier is mellow, bright and round, and the treble is slender and clear. But high-frequency hair, hair stiff, cold tone.

The main ways to reduce harmonic distortion are:

The methods to reduce intermodulation distortion are:

1) Adopt electronic frequency division to limit the working bandwidth of the amplifier circuit or speaker;

2) Add a high-pass filter to the input end of the audio power amplifier to eliminate sub-low frequency signals;

3) Choose a tube or circuit structure with good linearity.

1) The role of the reactive components in the circuit is too large, and the frequency range is not wide enough; 2) The action of the speaker vibration system cannot keep up with the changes of the transient electrical signal.

When a pulsed transient signal is input, due to the presence of capacitance in the circuit (such as hysteresis compensation capacitance, tube-to-pole capacitance, etc.), the output terminal cannot immediately obtain the proper output voltage (ie, phase lag) and the input stage cannot be obtained in time. Due to the negative feedback, the amplifier is in an open-loop state at this instant, which overloads the input stage instantaneously. The input voltage at this time is dozens of times higher than normal, resulting in severe clipping of the input stage. Wave distortion is called transient intermodulation distortion. It is essentially a transient overload phenomenon.

Due to the strong anti-overload ability of the amplifier, the low magnification, no deep-level negative feedback, and only some local negative feedback, it is not easy to produce transient intermodulation distortion. The general stone machine adopts a large loop deep negative feedback network to meet the requirements of low distortion and wide frequency band. It can be seen that the transient intermodulation distortion mainly occurs in the stone machine. In addition, programs with high volume, high frequency, and large dynamic range are most likely to produce transient intermodulation distortion. The reason is that the maximum time change rate of music around the zero signal level will make the sound not completely clear, especially the low-end stone machines often appear in the high-frequency part, producing a sharp, harsh feeling, so-called "Transistor sound" and "metal sound".

Transient intermodulation distortion is a dynamic index proposed in the 1970s, mainly caused by deep negative feedback inside the audio power amplifier. It is recognized as the culprit that affects the sound quality of stone machines, leading to "transistor sound" and "metal sound", and people attach great importance to this.

Improving TIM can start with its formation mechanism, and the commonly used methods are:

1) Control the open-loop gain and negative feedback of the amplifier to about 50dB and 20dB, respectively;

3) Adopt a fully complementary symmetric circuit to increase the working current of the power output stage, and add a buffer amplifier stage before the output stage to improve the transient response of the circuit;

Conversion rate refers to the ability of audio equipment to track or respond to burst sound signals or pulse signals, and is an important parameter that reflects the transient strain capability of the power amplifier circuit. The transient distortion caused by the low conversion rate is caused by the change in the output signal of the amplifier that cannot keep up with the rapid change of the input signal. If a sufficiently large pulse signal is input to the amplifier, the maximum rate of change of its voltage should be the ratio of the voltage rise value to the required time, the unit is how many volts rise per second, written as a digital expression SR=V/μs.

In addition, the SR value of the pre-stage circuit should not be higher than that of the post-stage circuit, otherwise it will easily cause transient intermodulation distortion. By the way, the SR of the power amplifier can be estimated by an oscilloscope. The method is to feed the audio power amplifier with a square wave signal as the input signal, and the time required for the leading edge of the output signal waveform to rise to the rated value. The result is V/μs The representation is the size of the conversion rate. Obviously, if the audio power amplifier can process square wave signals well, it shows that it has a good conversion rate and a wide frequency characteristic.

The AC interface distortion is caused by the back EMF of the speaker being fed back to the circuit through the line. The methods to improve this distortion are: 1) reduce the number of circuit stages and appropriately increase the static working current of the circuit; 2) choose a suitable speaker to make the damping coefficient more reasonable; 3) adopt a large-capacity high-quality power transformer and increase it appropriately For the capacity of the filter capacitor, connect a small-capacity CBB capacitor in parallel with the filter capacitor.

Wave distortion is caused by the insufficient dynamic range of the power amplifier tube. The large signal is clipped due to saturation conduction. Clipping distortion generates a large amount of ultrasonic waves, which makes the sound blurry and jittery. A common method to reduce crossover distortion is to appropriately increase the DC operating point of the push-pull output tube; and measures to improve clipping distortion generally increase the linear operating range of the circuit appropriately.